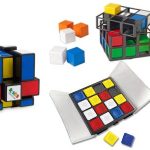 Over the last 45 years, the Rubik’s Brand has continued to expand its lines including the entry into the games category with the release of Rubik’s Race in 2011. Now just in time for the holiday season the Rubik’s brand has launched the latest twist to its interactive line of Rubik’s Cube Games with the Rubik’s Cage.

The Rubik’s cube was invented in 1974 by Erno Rubik, a Hungarian architect. Erno wanted a working model to help explain three-dimensional geometry. He did not realize at the time that he had created a puzzle. However, the more he moved the colored squares, the more mixed up they became. After a month and using a method of rearranging the corners of each side first, he finally solved the puzzle. Rubik applied for a patent in Hungary for the cube. It wasn’t until the early 1980s, before the Rubik’s Cube made its international debut in toy fairs across the world. 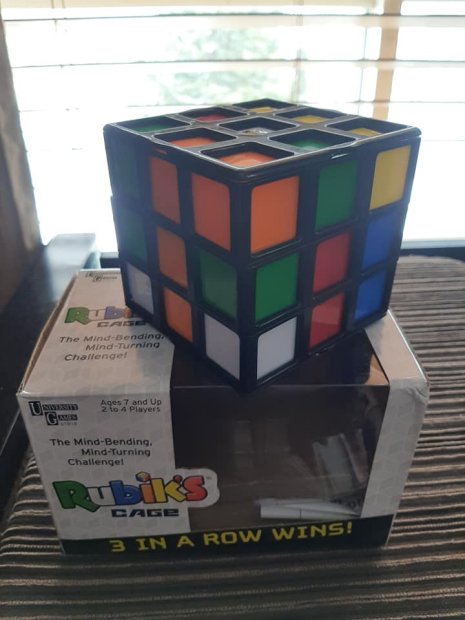 The Rubik’s Cage is much like the game four in a row, but you only need to get three in a row to win. First empty all the cubes from the cage. There is a removable door at the top and bottom of the cage. 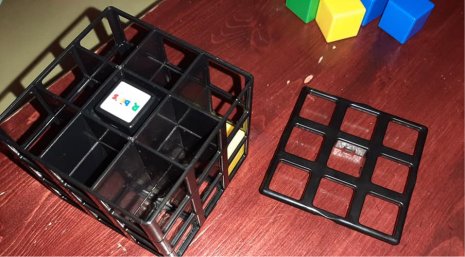 If playing two players each players selects three sets of colored cubes containing three of the same color in each set. For example: 3 red, 3 green and 3 white.Then players take turns dropping the cubes into the cage. Play starts with the youngest player. At any time a player can replace the Rubik’s cage door and turn or flip the cube upside down. 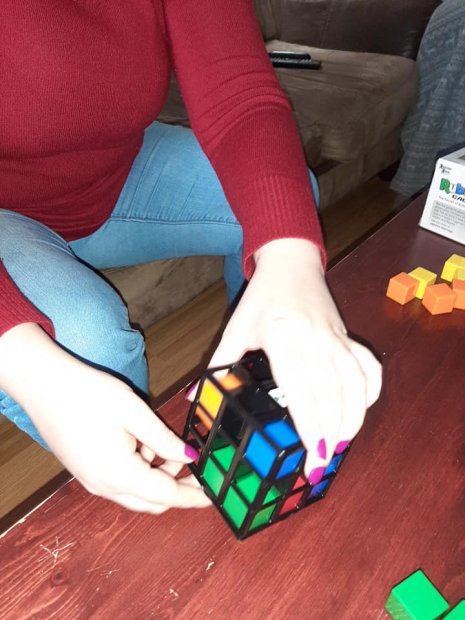 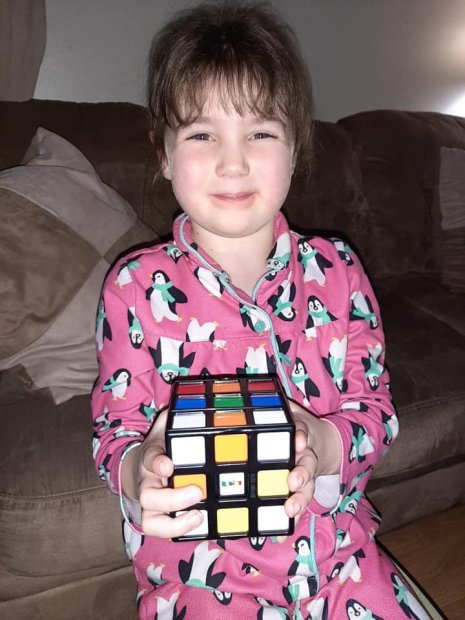 The first player to align three of his or her cubes in a row- vertically, horizontally or diagonally in a row is the winner.

We find that game play goes by pretty quickly with two players. It certainly isn’t a hard game to learn. I played the game with my youngest game who is six and my husband gave the game a go with our oldest daughter who is 29.

If you’re looking for a fun gift for a family member I highly recommend you check out Rubik’s Cage and other Rubik’s Cube Games Rubik’s Flip and Rubik’s Race. 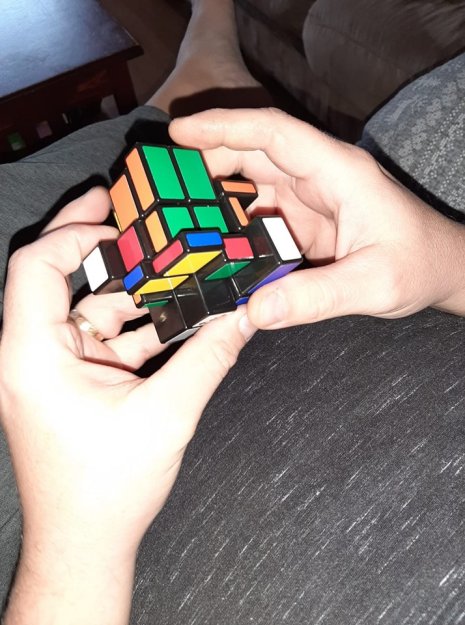 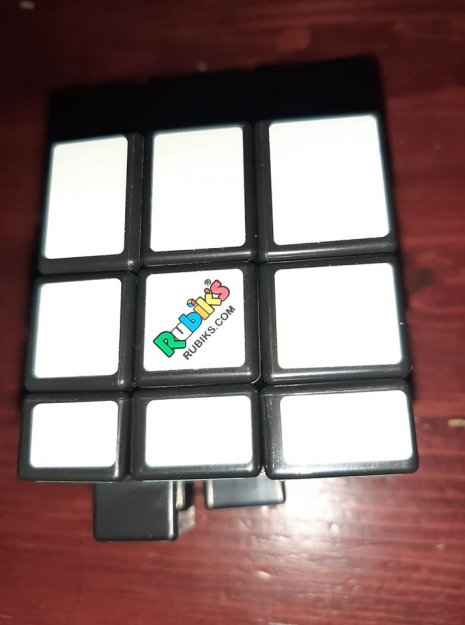 Rubik’s color block is not for the faint at heart. The cube features different sized blocks. These different shaped and sized pieces make the puzzle even more challenging to solve. To solve, you’ll need to properly align all six sides by color and shape. One look at this told me it was well beyond my skill level. I can’t even solve the classic Rubik’s cube. My husband who is a Rubik’s genius is very close to solving the Rubik’s color block. If you have a brain game genius to shop for then Rubik’s color block is definitely for you. 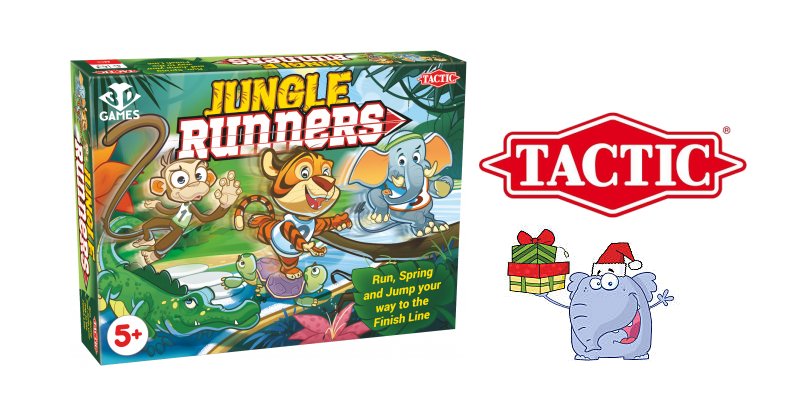