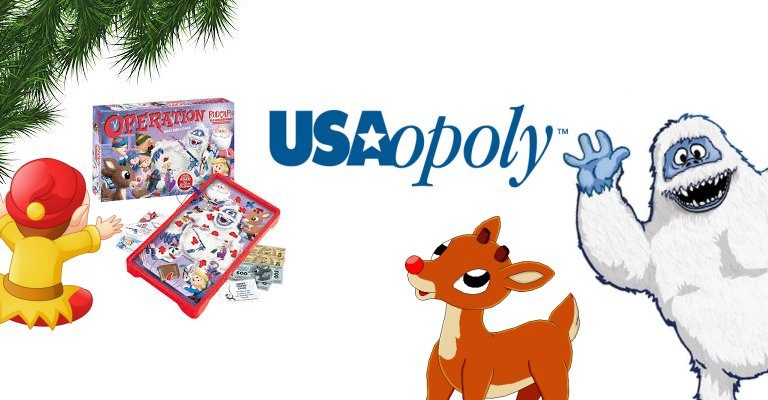 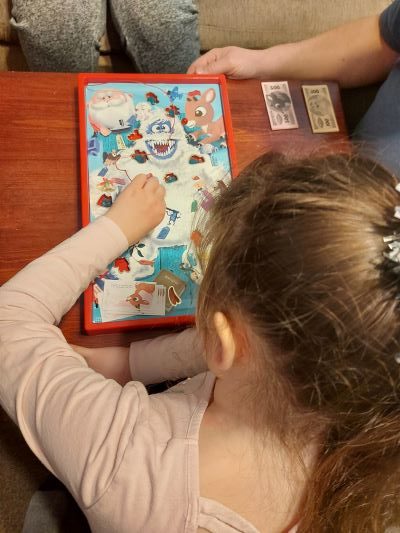 If there is one game I remember fondly from my childhood it is Operation. I remember Cavity Sam with his light up red nose and many ailments;Bread Basket, Butterflies in the Stomach, Ankle Bone Connected to the Knee Bone, etc. The initial concept for Operation was created in the early 1960s by John Spinello industrial design student. Spinello later sold the idea to Marvin Glass and Associates, a Chicago-based toy design company. Fast forword to 1965 Mel Taft, a game designer at Milton Bradley, created a surgery-themed game of what once was called Death Valley, and Operation was born. Operation is currently made by Hasbro. Over the years variations of Operation have emerged featuring cartoon characters other than Cavity Sam, such as Homer Simpson, from whose body the player extracted donuts and pretzels, as well as SpongeBob SquarePants, Toy Story 3 , Cars 2, Despicable Me 2 and Doc Mcstuffin Operation. USAopoly released a Family Guy version of the game as well as Disney The Night Before Christmas and Operation Rudolph. With Christmas fast approaching and Ford’s request to celebrate the Christmas holidays with people within your own household why not keep the kids entertained with game night and take a spin on a traditional board game with a twist. Rudolph The Red Nosed Reindeer version of the game  features the Abdominal Snow Monster as the patient, with Rudolph’s nose lighting up when you hit the sides. 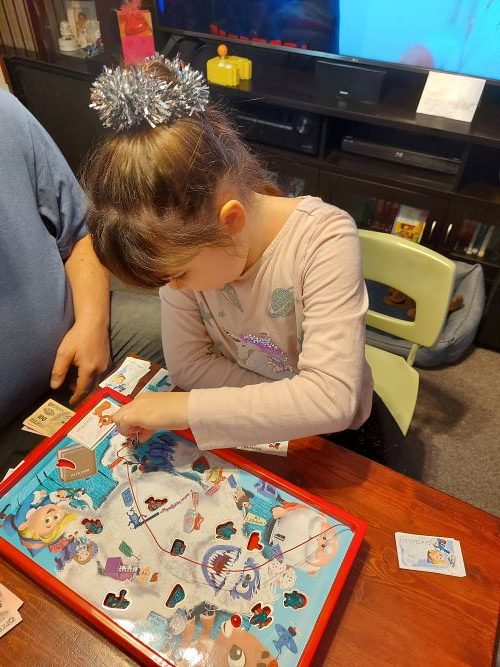 The Banker: Choose a player to be the banker. This player will pay the players for successful “operations.” The banker places the money nearby, in piles by denomination. 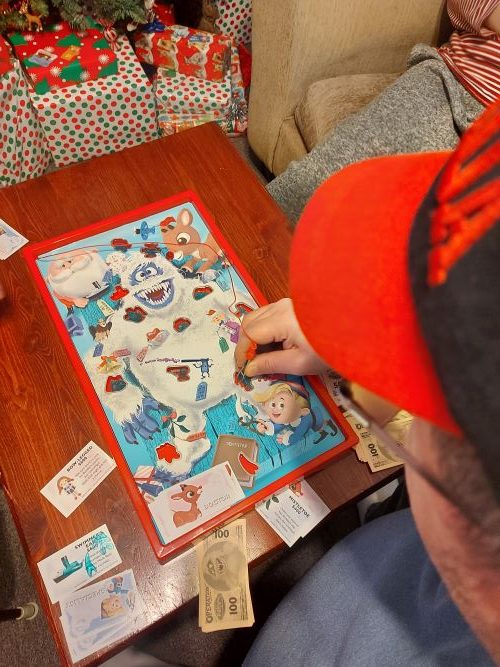 The youngest player goes first. Draw the top doctor card from the deck and read it aloud. The card tells you which funatomy part to remove and how much you will get from the bank if succesful. If you  don’t remove the funatomy part successfuly from the cavity and hit the sides,Bumble will roar and Rudolph’s nose will light up. If successful collect your fee from the bank  and keep your funatomy part in front of you and place the doctor card out of play. If you are unsuccesful your turn is over. Replace the part back to the cavity and keep the doctor card in front of you. Now give the Specialist a try.

The game ends when all 12 operations have been performed and the player with the most money wins the game.

USAopoly has created a fun new twist on a childhood classic game. My daughter, husband and I had so much fun playing Operation Rudolph that I think it will be making many more game appearances well after Christmas is over! Operation Rudolph is also ideal as a math game as children have to count up their money.