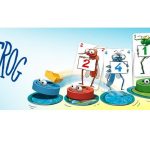 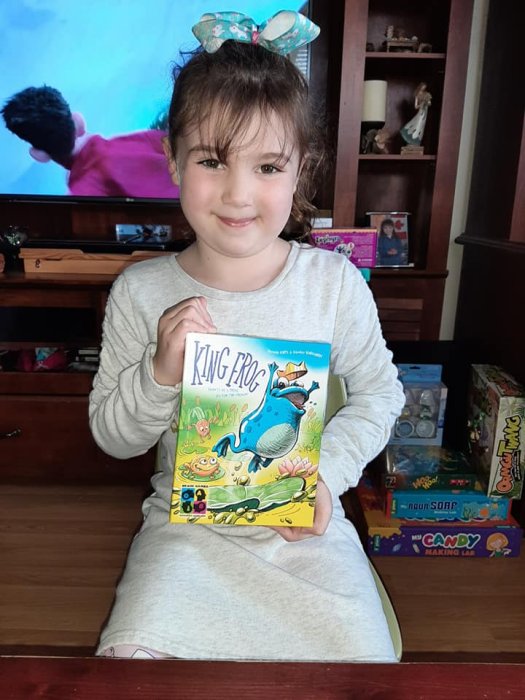 Fun for children seven years and up, King Frog Board Game from Brain Games will have you racing around the pond to decide who will be crowned the new Frog King. Your goal will be to remain afloat for as long as possible, outlasting your opponents as you hop around the pond.

Included in the box is fifteen tiles, twenty mosquito cards numbered one through five, a wooden crown and four wooden frogs. 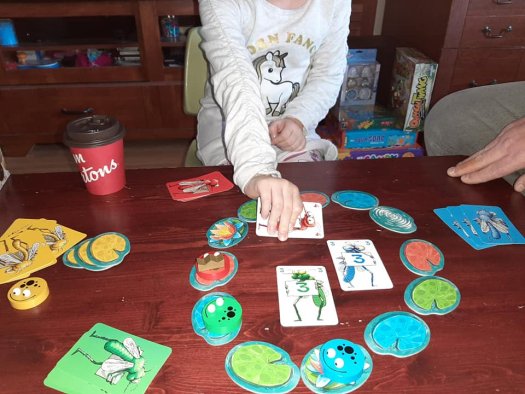 How to play King Frog

Each player picks one of the frogs and five mosquito cards of the same color.

Everyone then chooses a mosquito card from their hand and places it face-down. Players reveal their cards simultaneously, and players turns are determined from lowest to the highest. If red lays a two it would go first, followed by green who laid a four, and then yellow who laid the five. 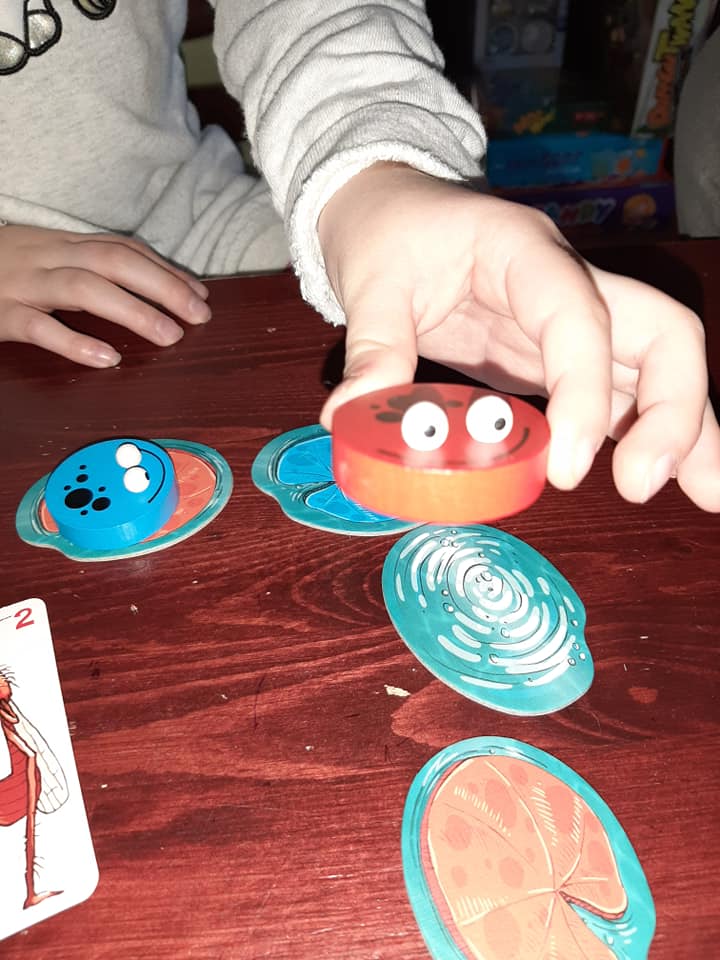 If you land on a lily pad of your color, you can keep your card, otherwise you discard it. Players reveal their cards simultaneously, and players turns are determined from lowest highest. Once all frogs have moved, the frog in the lead receives the crown. If you have no cards left, you are eliminated from the game and you remove your frog from the table. 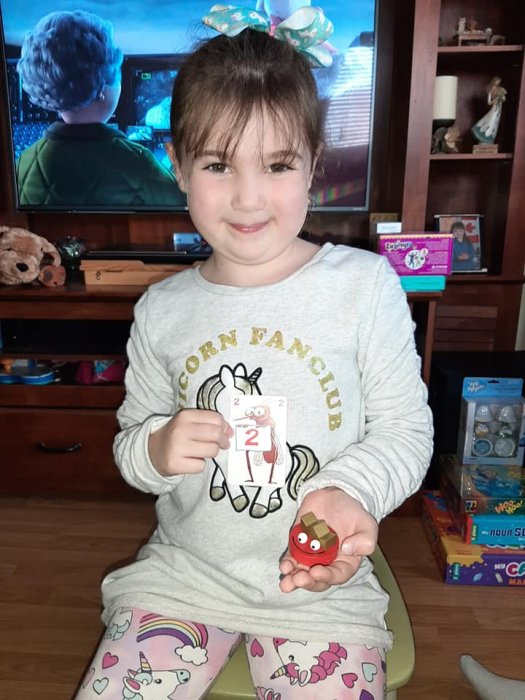 Winning the game:The last person to still have cards in their hand wins.

While King Frog Board game is designed for two to four players, I really suggest playing it with three to four players. There are rules though to play the game with two players, however you have to include a third frog, known as a dummy frog into your game play.

Overall, I find King Frog to be a fun game that was easy to teach Miss P and also engaging for adults to play too.

Ready? Steady! Hop over to Brain Games and order your copy of King Frog Board game today.

4 thoughts on “King Frog Board Game” 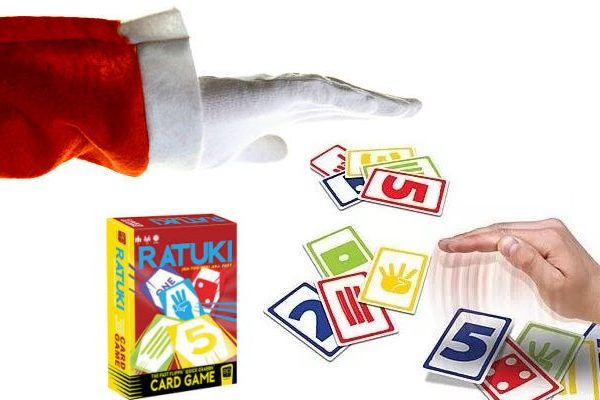