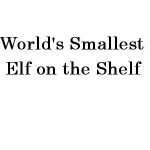 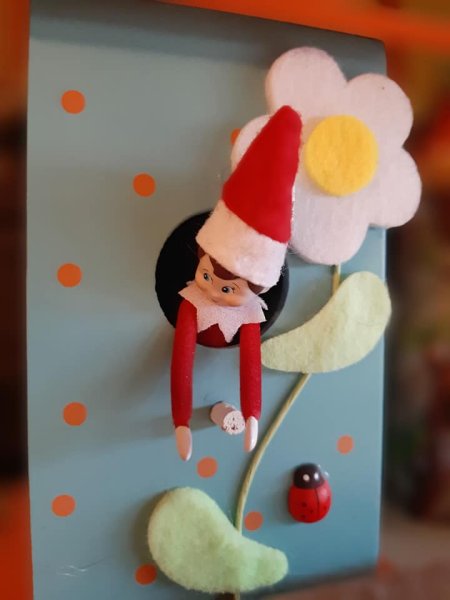 I know that I told you last holiday season that we were just not a scout- elf family and never would be. Well, I think it is time I ate some crow. I gave in to the whole Elf on the shelf phenomenon. Known as the World’s Smallest Elf on the Shelf our scout arrived to our home last week. Since his arrival he has been up to all kinds of crazy antics.

True to the original this miniature version of a full-sized Elf on the Shelf is less than 4 inches from the tip of his hat to the bottom of his feet. With fully articulated arms, legs and head he can sit or stand. Due to Tinsel’s miniature size there are just so many fun places we can hide him. He is so small he fit in the palm of my hand.

While the job on Elf on the Shelf is to report back to the North Pole every night to let Santa know how my daughter’s behavior is, we didn’t want to use him that way. We prefer to focus on the good things our daughter does during the day at school and at home because we want  to reinforce her positive behavior. 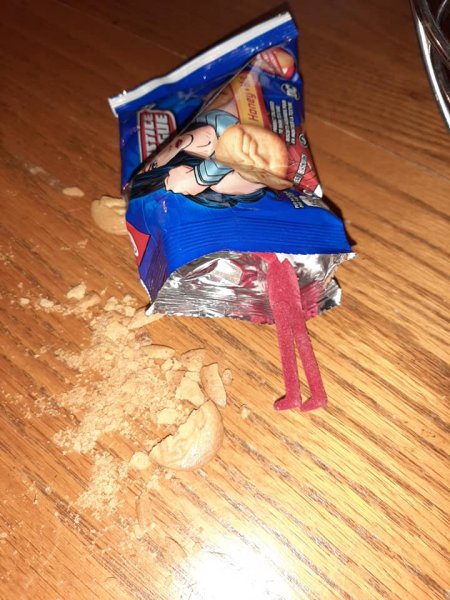 Though our Elf- Tinsel at times is still very mischief and naughty it is Miss P’s job to teach him how to be good. After all, this miniature Elf on the Shelf is training to be a big Santa Elf.

Is There an Elf on Your Shelf? 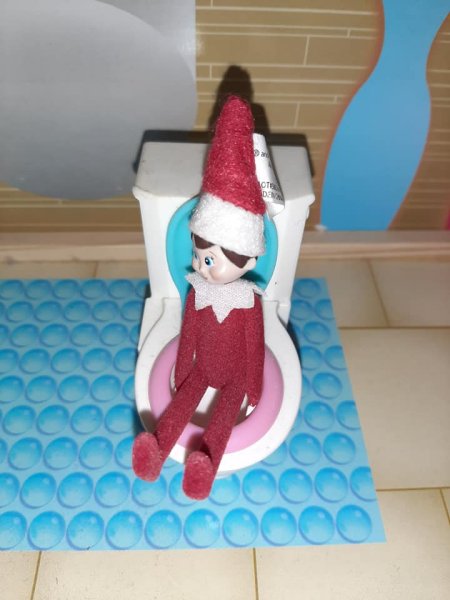 I never thought we would be welcoming an Elf into our home, but the experience has been great. Every morning when our daughter wakes up she scours the house, excitedly looking for her elf. It’s like playing a daily game of hide and seek! 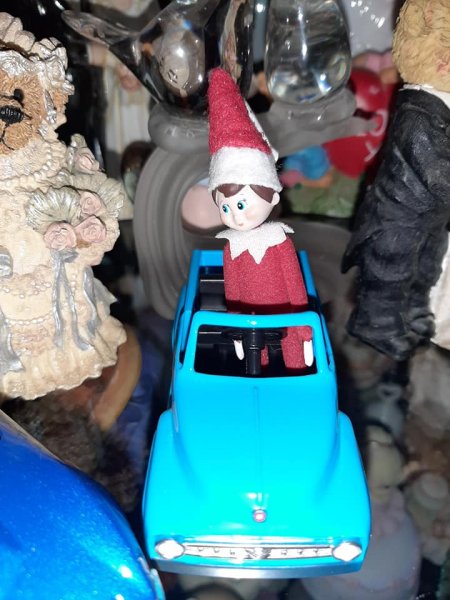 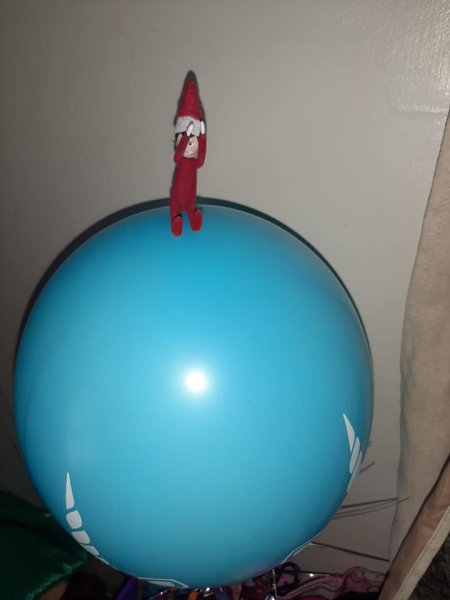 The elf on the shelf phenomenon that has become wildly-popular over the past several years. The world was first introduced to the Elf on the Shelf in 2005. Chanda Bell never imagined a family tradition from her childhood that involved an elf sitting on a shelf would erupt into a Christmas-time phenomenon that’s been embraced by millions of families.

Bring holiday cheer to your home with the World’s Smallest Elf on the Shelf.

Do you have an Elf on the Shelf at home? 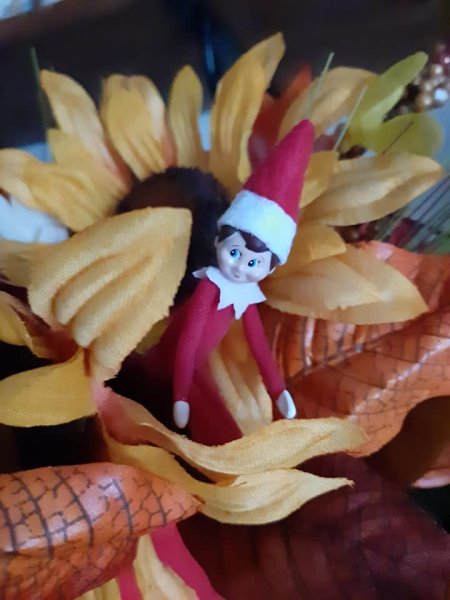 5 thoughts on “World’s Smallest Elf on the Shelf” 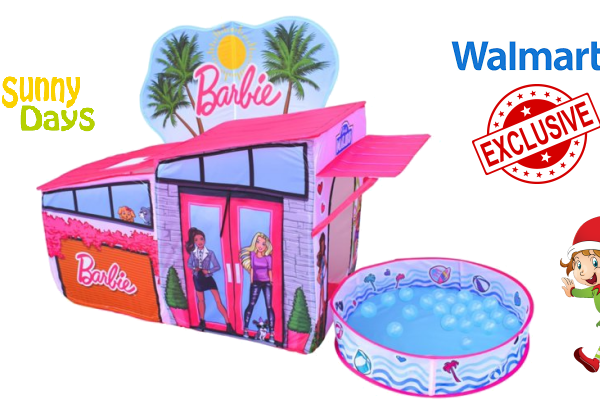