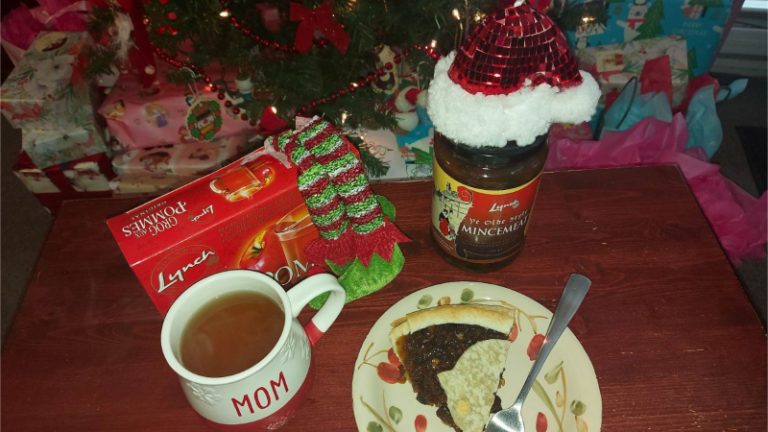 With only eight days until Christmas, Mincemeat Pies are sure to make an appearance on every table. Mince pies are closely associated with Christmas for a variety of reasons. It was in the early middle ages that mince pies were first served. Historically, they have been popular around the festive period because of a tradition from the Middle Ages. People were required to eat a mincemeat pie every day for 12 days from Christmas Day to Twelfth Night. In ancient times, this was believed to bring happiness for the following 12 months. 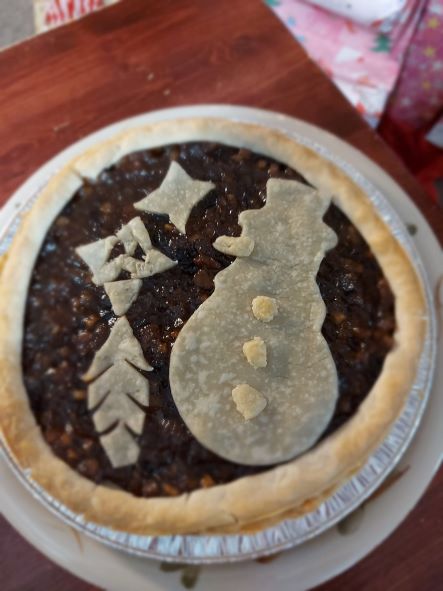 It could be said that my husband has an old soul. Among his favorite foods is meatloaf, Shepherd’s Pie, hearty stews, and desserts like bread pudding, rice pudding, and mincemeat tarts.

Lynch Foods manufactures some of the best baking products and pie fillings in Canada. For generations, Lynch Olde Style Mincemeat has been enjoyed by Canadians – and the tradition continues today.

A local resident was looking for a new mincemeat to try, so I gave her a jar of Lynch mincemeat as a gesture of good neighborliness. She loves it. As her traditional brand has been discontinued in Canada, she will switch to Lynch. 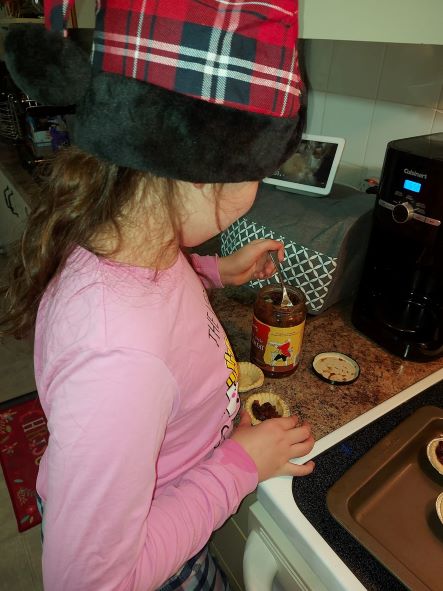 This mincemeat is full of amazing flavor! The perfect addition to your Christmas treats tray, these mincemeat tarts are quick to make. To prevent soggy tarts, we baked the frozen tart shells for ten minutes before adding the mincemeat.

Baking the tarts brought back memories of my father’s love of mincemeat and my husband’s request for mincemeat tarts on our first Christmas together. 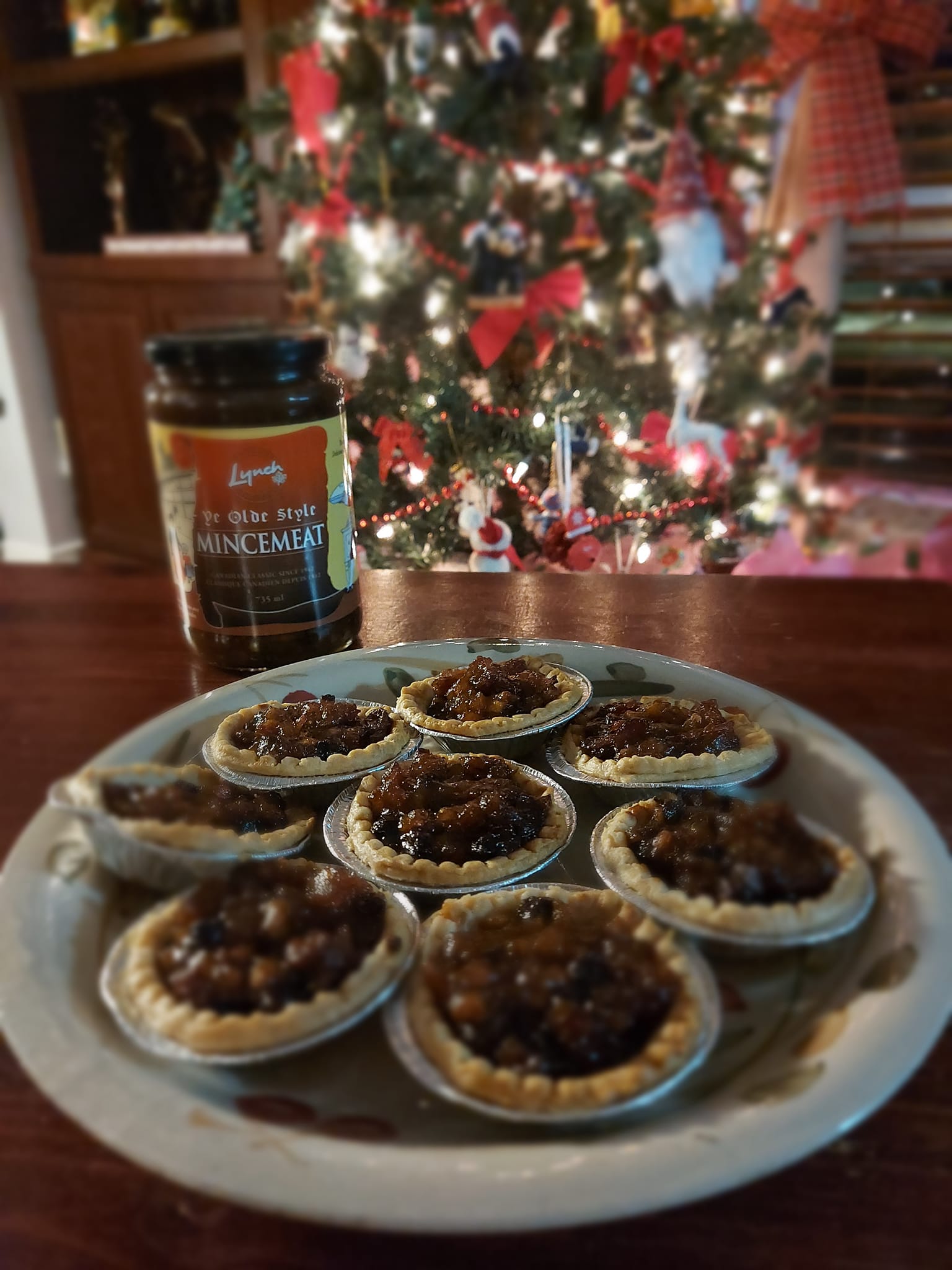 Around the holidays, mincemeat spiced dessert is our family favorite. A tradition still persists to leave mince pies for Father Christmas by the fireplace, sometimes with whiskey or brandy – and a carrot for Rudolph. Traditionally, Irish children leave mince pies and pints of Guinness for Santa Claus.

There is no doubt that the festive food season has begun. Bring some mincemeat tarts to family and friends. 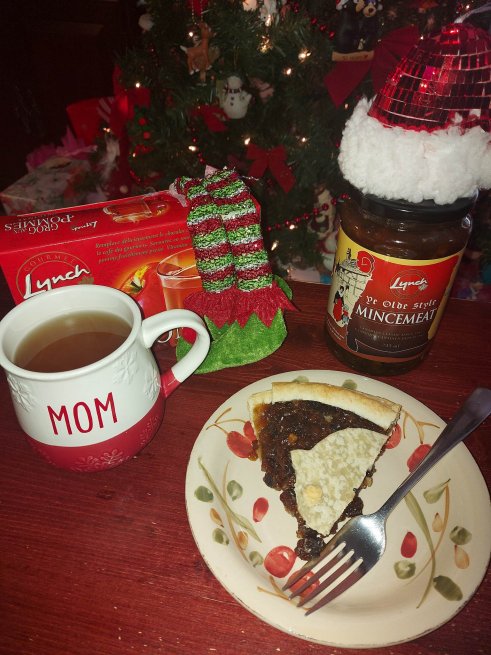 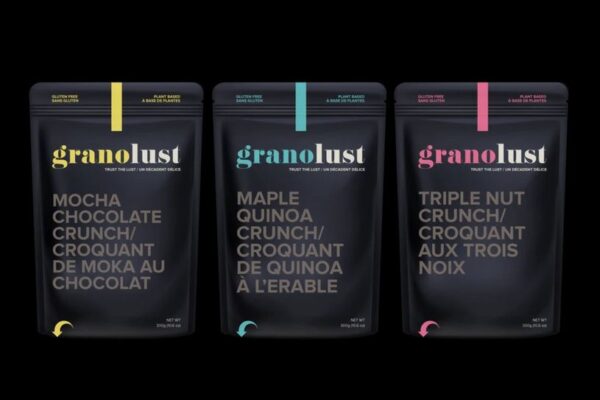