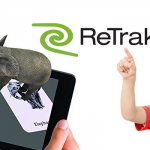 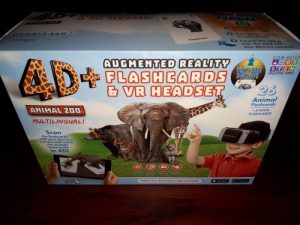 Utopia 360, from Retak are virtual reality headsets that take you on a sensory adventure. Designed to work with almost all smartphones, Utopia 360° is compatible with hundreds of versatile apps through Google Play and the App Store. Retak recently released a set of headset bundles for children to help encourage STEM learning. There are three ReTrak Utopia 360° 4D+ bundles available. Each one has a set of cards, a VR headset, and a code to unlock an associated app. We own the ReTrak Utopia 360° 4D+ Animal Zoo Augmented Virtual Reality AR VR Bundle.

The bundles available are: 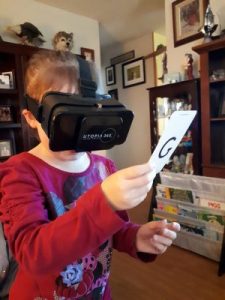 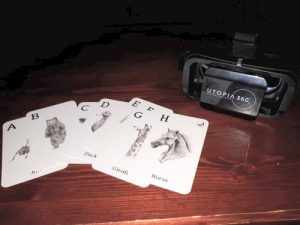 The bundle works with the interactive and fully featured Animal 4D+ app (download for FREE on iTunes or in the Google Play store). Once you have the app downloaded, the Utopia 360° bundle is simple to use. While the set says for use with kids 5+, children 3 and over can use the adjustable head set with little difficulty. In fact we suggested that my sister-in-law buy a set for our niece for Christmas.

There are a ton of animals to choose from and the app can handle more than one animal at a time. The animals move as well as make sounds. There’s also an interaction mode where you can use food cards to feed the animals. I love this feature! Example: You can use the grass card to feed the horse. Note: 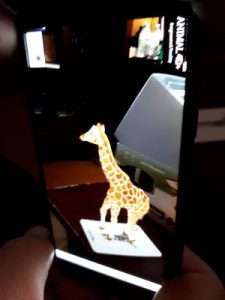 Not all the animal cards work with the food cards. You can also change the angle of how you view the animal, which was pretty cool, as it looked like a horse was sitting on our table.

The cards are alphabetical, so it also serves as an educational tool in teaching our daughter letter recognition, which she is working on at school. Each card has a large uppercase letter on the back, as well as the animal picture, letter and animal name on the front.

You can use the cards on your tablet or phone without using the headset. Simply open the app and place the Animal cards in front of them. Then hold the tablet, or phone over each card and scan to bring them to life. The advantage of going that route is that if you have more than one child in your home they can share the device, instead of them fighting over whose turn it is. 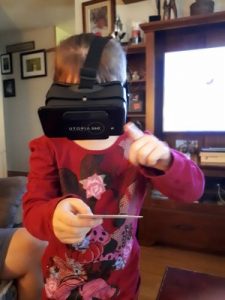 Adjust the headband on the virtual reality headset to fit the desired head size. The headband can be adjusted from large to small, so mom and dad can get in on the fun too. Your smart phone then sits in the front cradle that uses a rubber bumper and rubber corner guards to prevent the smart phone from falling out. You can also adjust the lenses by moving them in or out, and left to right to adjust them to the desired viewing pleasure.

The front cradle also extends outwards by pushing the buttons on each side of the VR headset. This is a great way to increase or decrease, the distance for experiencing the 360 mode. 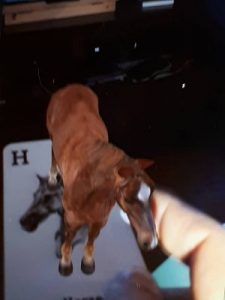 To see the animals come to life, simply hold the card in front of you while wearing the virtual reality headset. For us it was so fun to see our daughters face when the animals popped up out of the cards!

ReTrak is the leading manufacturer of retractable tech accessories, designed for travelers and 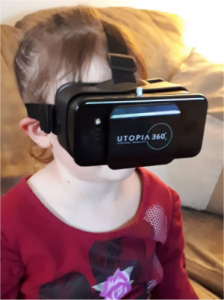 on-the-go lifestyles. Committed through innovation, quality and design – ReTrak is constantly developing new products and solutions to help people stay connected. With a global product portfolio of over 450 products, ReTrak sells its products through major brick and mortar retailers and online. For more information, including where to find ReTrak, visit www.myretrak.com. 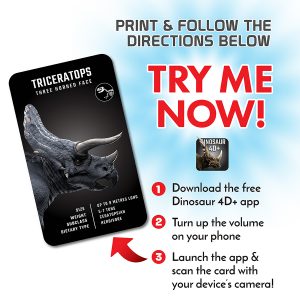 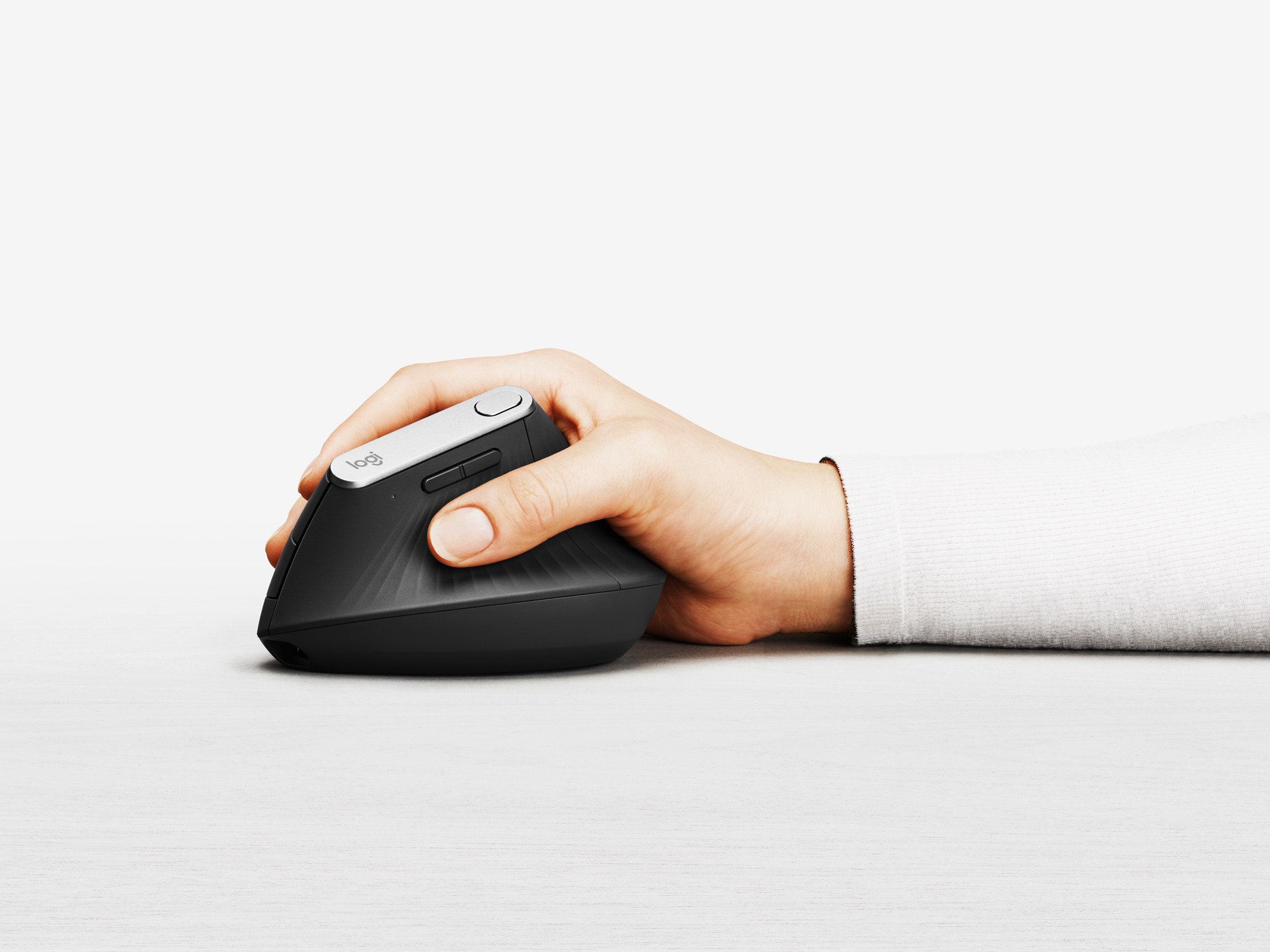