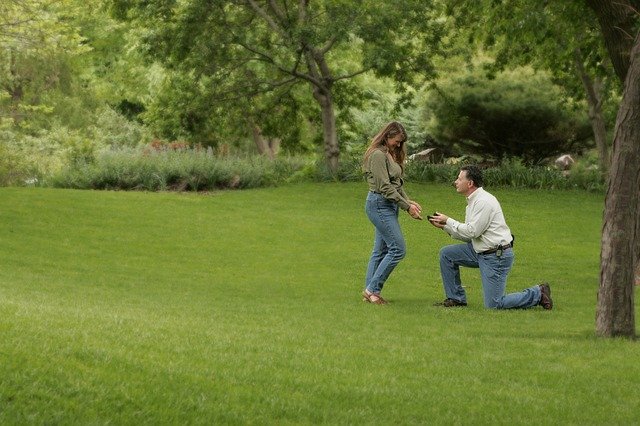 I will always consider my engagement story as one of the most unlikely ones to ever occur. First, it was pretty incredible that Michelle and I even ended up dating, let alone engaged. She was a gorgeous, soulful woman with a beautiful singing voice and exceptional intelligence. I was the dorky, nerdy guy who was always the guy who was good for a laugh.

First We Were Friends

We became friends instantly. We were both cast in a musical production called “Lucky Stiff.” She was the female lead, and I was a member of the comedic ensemble. We bonded over our mutual disdain of our music director, an awful human being who seemed to enjoy making others miserable. At the time, Michelle had a boyfriend, and we settled into a comfortable friendship.

Then We Became More

A year later, Michelle was single and struggling with the fact that a close friend was very close to passing. As her best friend, I tried to be the listening ear and crying shoulder she needed.

As her friend slipped away, she and I became closer than ever.

About a week after her friend passed away, we were talking about our friendship, and Michelle mentioned that she thought we might be more than friends. It was like a big creaky door opened up in my mind, and I saw all the colorful possibilities at once. Everything made sense. Michelle was the person I was supposed to be with. As our relationship evolved into something romantic, I knew I was going to ask her to marry me. 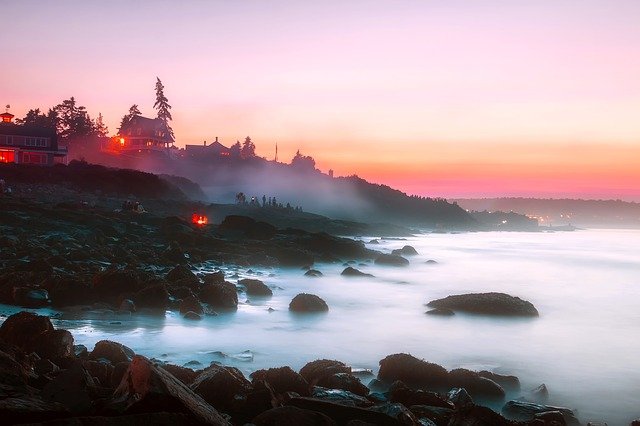 I hoped that I was going to propose to her by the ocean in Maine. Maine was where she was from, and I thought it might be romantic to acknowledge our future in the place where so much of her past lived.

I had been looking at rings for a few months and finding nothing that appealed to me. Then a mutual friend confided in me that Michelle had an eye for rose gold engagement rings because they were warm in a way that regular gold rings could never be.

My friend suggested talking about how I felt about Michelle. She said that she might get inspired. That was easy.

I never had any problem talking about how much I loved Michelle. Most people were probably sick of me talking about it at this point, so I relished in the chance to talk about it again.

It did the trick. A month later, I had the perfect rose gold engagement ring with which to propose. 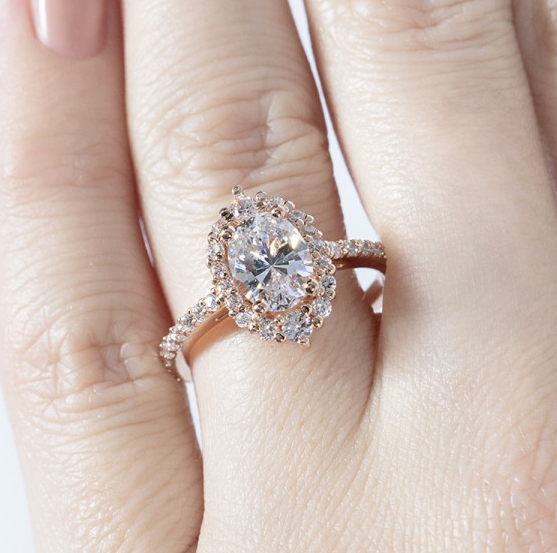 A Slip of the Tongue

We were driving on our road trip–on the way to Maine. I was three hours away from proposing. It’s amazing how nervous you can get about something you are sure will be successful. There was no doubt in my mind that Michelle would say yes, but I was still feeling jittery and anxious.

As we were driving, Michelle suddenly pulled the car over to the side of the road. It was a park and ride, but no one else was there. I was a little confused, but I figured that maybe she just wanted me to drive for a while.

We got out of the car and walked into the wooded area surrounding the park and ride. I had my hand in my coat pocket, fiddling with the little box that contained the ring. Usually, I was all about making unplanned spots, but I was very ready to put my proposal plan into action.

I looked over, and Michelle was leaning up against a tree. She was smiling at me, and I forgot the nervousness and anxiety for a moment. I got lost in her blue eyes and smiled back.

She was biting her lip. She had something to say.

“So, I wanted to wait until we got to Maine, but I can’t do it. I have something to tell you, ” she said.

Tears were rolling down my face and, before I knew it, I was holding her. She was laughing as I spun her around. I couldn’t even remember grabbing her into my arms.

That got her crying.

I fumbled with the ring and held it up in front of her face. It wasn’t the most romantic way to present a ring to someone, but she laughed and nodded yes. We kissed, and it didn’t even matter that we had agreed to get married at a park and ride. 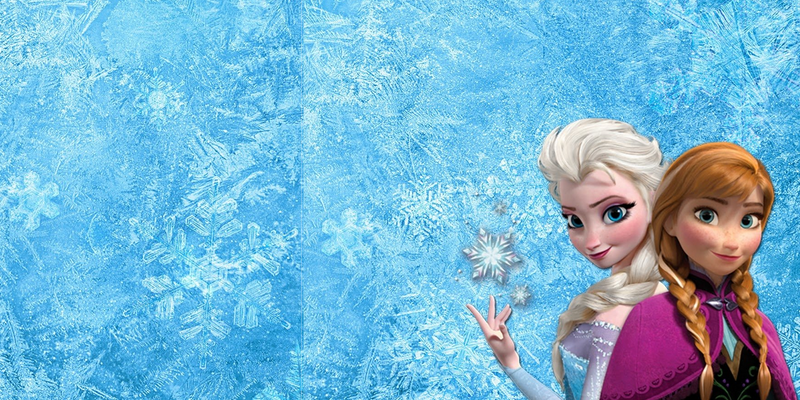