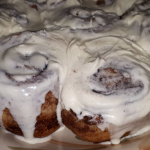 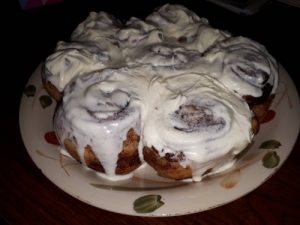 Although Cinnamon rolls are available in almost every grocery store bakery section, I prefer to make my own. Cinnamon rolls have always been our family’s all-time favorite. Today, I slaved for hours in the kitchen making up a batch of cinnamon rolls. Truth be told, I used store-bought bread dough for my rolls instead of homemade, to take hours off my prep time. You can also use store bought pizza dough. Cinnamon Rolls made using frozen bread dough or left over Pizza dough is super easy! No yeast or rising to worry about. This is a quick, no-fuss and fool-proof cinnamon rolls recipe.

Mix all contents in a bowl until smooth and set aside 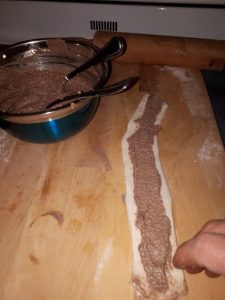 Lightly flower the surface before placing your dough on the counter-top/ cutting board or table.

Use a rolling pin- role your dough about ¼ inches thick.

Next take your cinnamon spread and spread a generous amount to the dough strips.

Now roll the strips of dough to the desired size and place it in a round cake pan.

Make 9 cinnamon rolls and place them in a circle, but evenly in the round cake pan. This will help keep them together during the baking process.

Be sure to spray your pan with non-stick virgin olive oil spray. Bake for 35-40 minutes until the tops of the rolls just begin to brown.

Once their done baking –  remove from the oven and lightly base them with the left over cinnamon spread.

Let sit another 10 minutes and add your frosting all over the top and let them stand for another 5 minutes before serving. 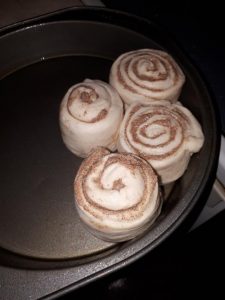 To make the frosting glaze for the rolls, combine 2 cups powdered sugar, 1/4 cup milk, 1/2 t. vanilla extract, 1/4 cup olive oil. The glaze will be on the runnier side. If you like it thicker, add 1/2. cup more of powdered sugar or you can use Betty Crocker store bought frosting.

I must admit that these Cinnamon rolls are much better than the ones in the tube by that Doughboy. Both my wife and daughter approved.

There’s nothing better than the aroma of freshly-baked cinnamon rolls. Enjoy! 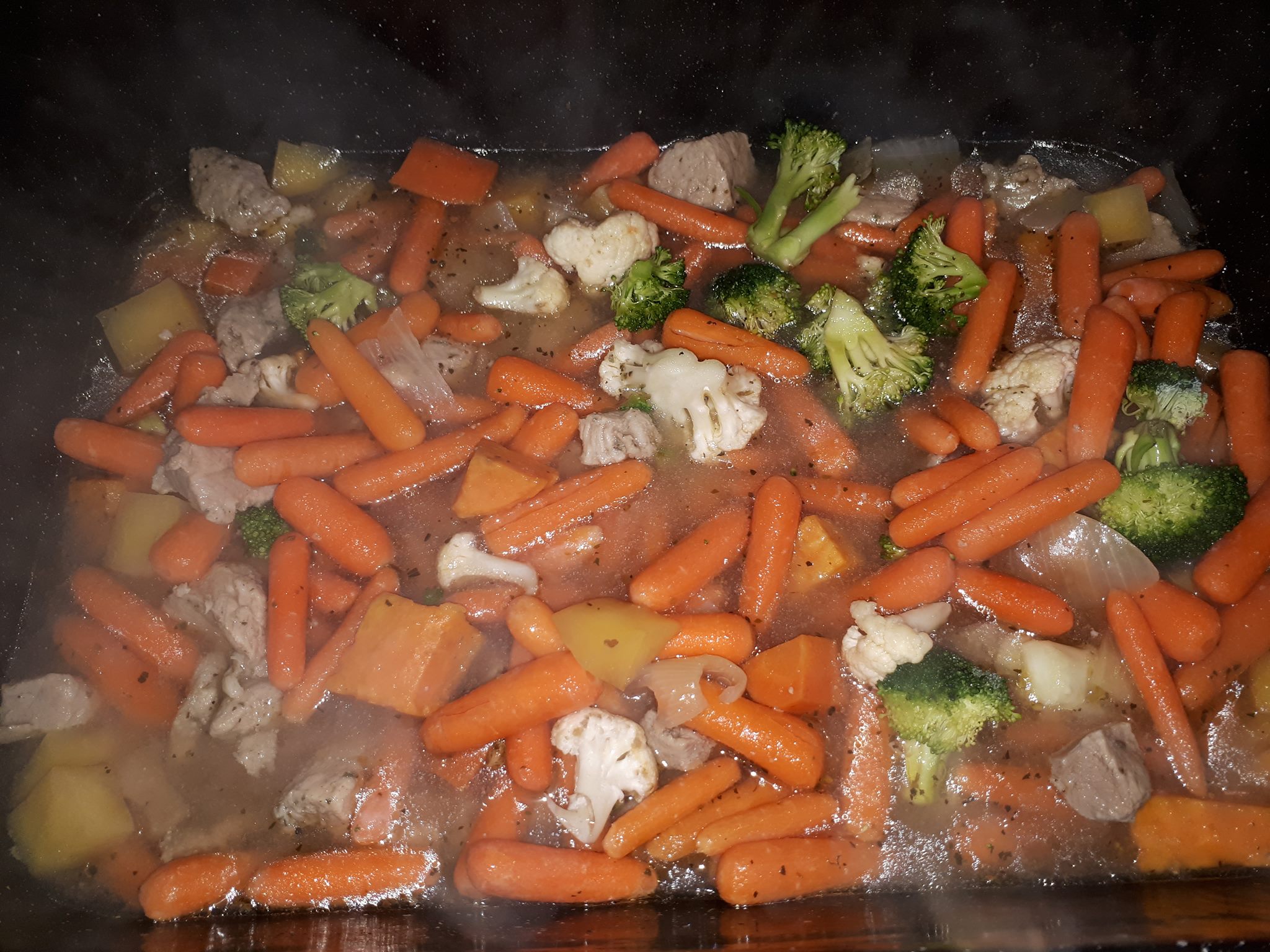 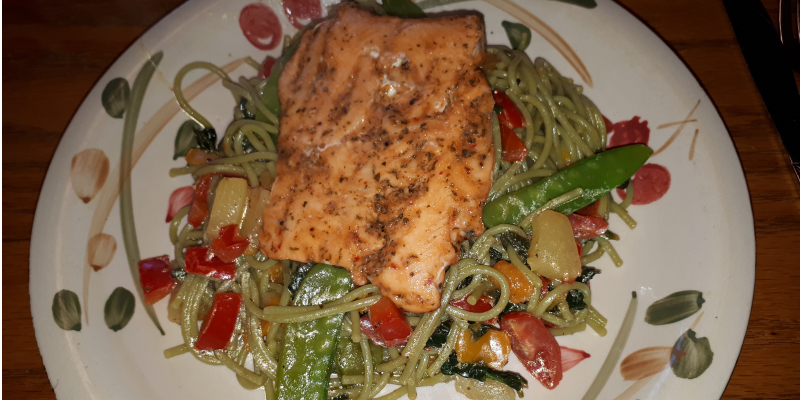 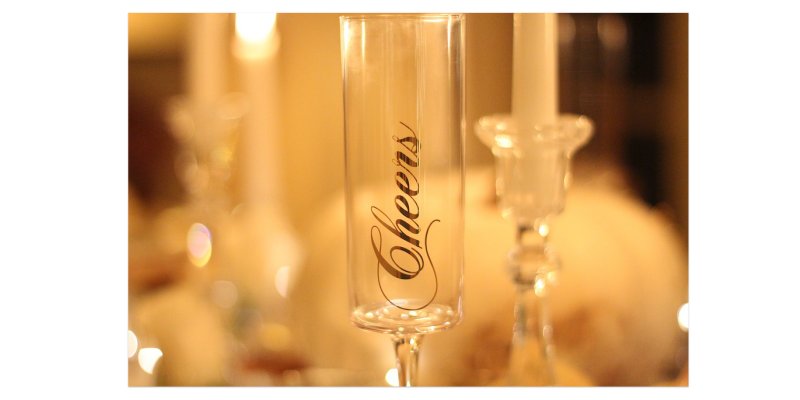