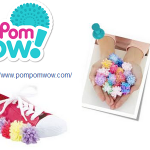 One of the hottest toys for Christmas this year is the Pom Pom Wow Decoration Station. It made this year’s Walmart’s Hottest 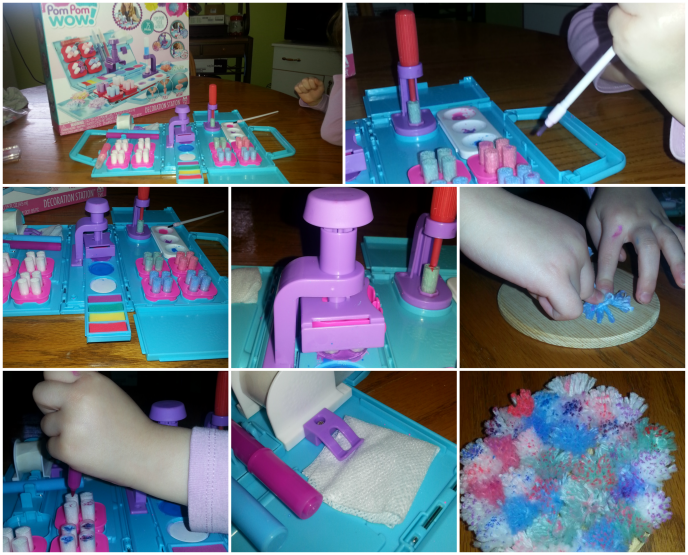 Toys List for 2016 and for good reason. Pom Pom Wow is the newest crazy in kids crafting. The Pom Pom Wow Decoration Station is a fun filled kit with everything one needs to design and color pom poms

The Pom Pom Decoration Station has an adhesive roll dispenser that is suppose to make creating the designs easier. We found that it made it more difficult, so we took it off the dispenser. There are two markers with the purchase as well as a blotting cloth. The set also includes 1 paint brush and 1 pipette.

Included in the station are the 135 adhesive dots that kids will use with the Pom Poms.  There are eight of the removable trays with the set along with a water tray. The Pom Pom Decoration Station has an adhesive roll dispenser to make creating the designs easier. There are two markers with the purchase as well as a blotting cloth. The set also includes 1 paint brush and 1 pipette.Watch movie online The Transporter Refueled (2015)

The decoration station includes 6 different ways to customize your pom poms. You get 2 markers, one glitter glue, 4 stamp inks and 4 water based paints. They each produce a different effect on the pom pom.

The pom poms are enclosed inside a small plastic tube known as pellets. You simply place a sticky dot on the black point of 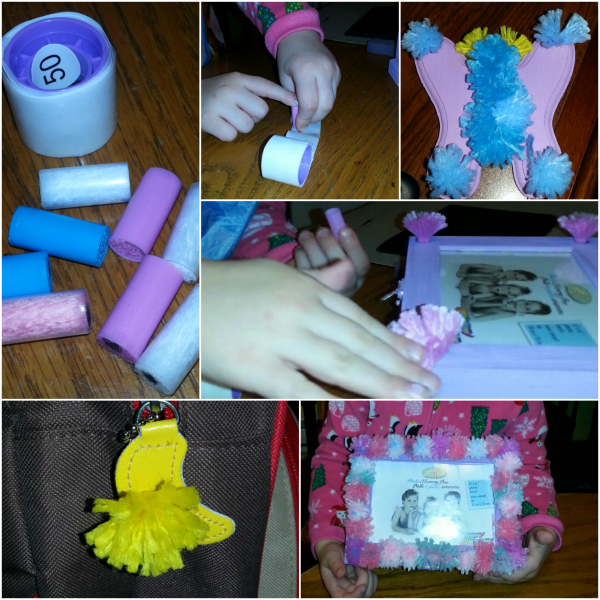 The Decoration Station can be used flat or you can use it like an Easel and open the Easel leg on the back.

I do like that it all folds away for easy storage and is self contained, so you don’t loose things.

The pom pom pellets can be used just as they are but the fun really begins when you decorate them.

There are lots of different ways to do this, but to start you’ll need to pop them into one of the pink trays.  This can then be inserted into the stamper unit which will slide across to either the watercolours or ink pads to give them a different look. We found the stamper did not work as well as anticipated, so my daughter did not use it as much as she did the included paint brush.

You can also use the watercolours with the pipette and stand to dip dye your pom poms. The pipette is not the easiest things to use. We found filling it with  acrylic paint worked better.

Pom Pom WOW can be applied to pretty much anything; from hair accessories to pen tops, photo frames, wallets, birthday cards and more.

My daughter painted a wooden jewelry box and decorated it with Pom Poms from the station. You really can pom pom pretty much anything though.  the craft is recommended for girls age 6 and up my daughter who is 4 was able to do it with little assistance from mom. She only needed me to set up the station.

Clean up is a breeze with the Pom Pom Wow Decoration Station. Once a child is done with it, the station easily folds up. The supplies can be contained within the station.

If you are looking for a special gift that holiday season that is more than just a toy then you cant go wrong with the Pom Pom Wow Decoration Station. We’ll definitely be keeping an eye out for more from the range and have already purchased an accessory kit..

What would you pom pom?

Pom Pom Wow is a lifestyle brand empowering girls to adorn their personal items with pom-pom flourishes. The do-it-yourself crafts kits, slated for launch in summer, 2016, enable girls to express themselves in a unique, customized fashion. The product line is designed to delight girls through personality and make-it-mine play patterns, as well as a world of colorful design opportunities. 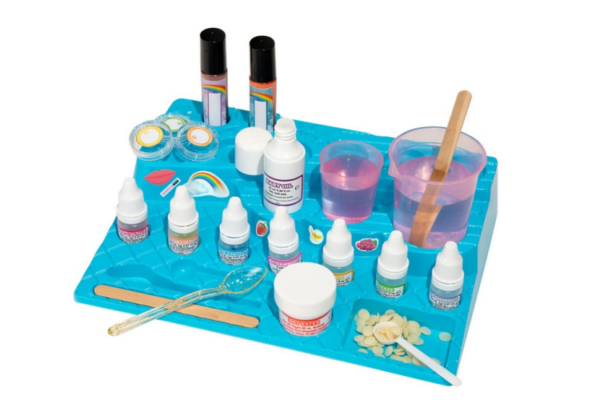 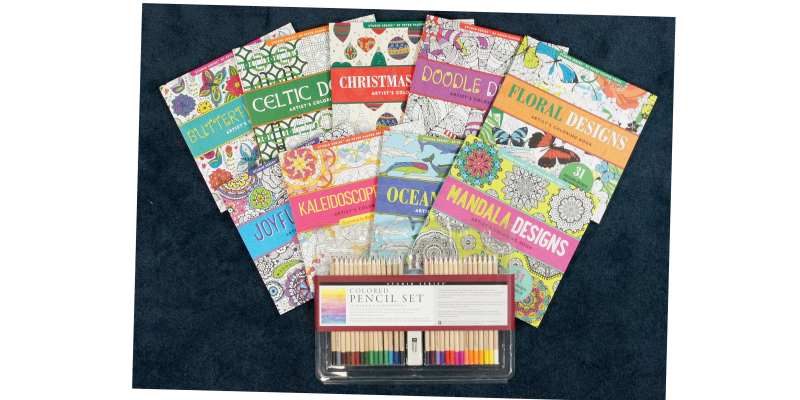