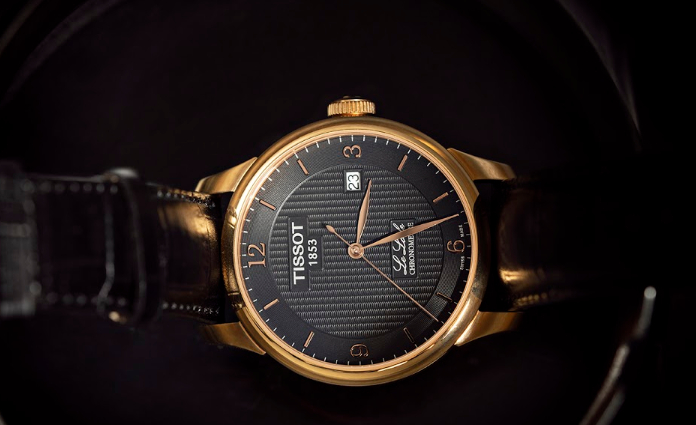 In the world of timepieces, you are probably more familiar with Rolex, Omega, and other luxury brands. Those watches changed history and left quite a legacy. There is another brand that could date back together with these watches, and that is Tissot. Tissot came around the 19th century. The founders of this company are Charles-Felicien Tissot and his son Charles-Emile Tissot. Situated in the area of the Jura Mountains, the Tissot Company gradually built its reputation and formed part of the brands that left a legacy in the history of watchmaking.

In 1853, father and son, Charles-Felicien Tissot and Charles-Emile Tissot founded the company at Le Locle, a Swiss City. The brand built its reputation and became known for its sports chronograph and mechanical watches with simple designs and touch screen watches. In modern times, the Tissot continues to produce high-quality watches that would surely make you want to have one.

With their humble beginnings originating from the 19th century, the Tissot watches first came in golden pocket watches. During their early years, the company already produced an innovative timepiece. This was in the form of a pocket watch having two time zones. In that same year, Tissot exported their timepieces internationally.

First, they targeted the American market. Next, it was the Russian Empire. With the son, Charles-Emile Tissot marrying a Russian woman, the country became the most significant market. They were able to sell ornate pocket watches. These watches flipped open, revealing the dial, and has a closable lid.

Tissot went on to produce pocket watches until the debut of the wristwatches. The first designs were for women. Not long after, wrist watches for men followed. By the year 1920 and 1930, wristwatches became a thing for men. At this time, the watchmakers focused on making watches while exploring new technologies as well. 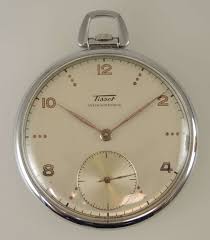 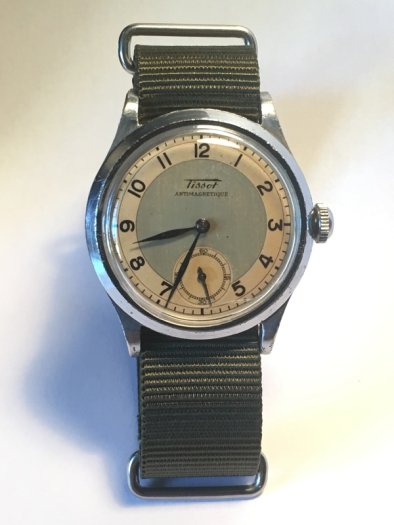 The company introduced the first antimagnetic wristwatch. This helped in avoiding attracting tiny watch components, which makes a watch inaccurate. In the same year, Tissot joined Omega, and together they came up with Societe Suisse pour I’Industrie Horlogerie, which later forms part of the Swatch Group. This same year was also a year of continued innovations for Tissot, coming up with self-winding watches and chronographs. 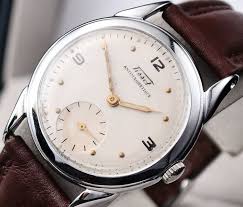 Tissot launched the automatic series, and one of the watches in them is the Navigator. It portrays 24-time zones all at once. At the same, Tissot was able to provide the watch an elegant look. This was possible because the watch has 12-hour numerical markers on its bezel and not on the dial. The left space displays the 24 time zones. Hence, this watch reached a global market. This watch is ideal for business people or men in general who travel a lot.

Following this success with the Navigator, Tissot continued with producing new automatic models, adding new features such as a calendar function, which the Visodate watch model possessed. 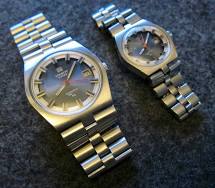 In 1960, PR and PR 516 came to be, and these watches have a unique style and design portraying the precision and speed of a race car. They have a graceful and rugged appearance and have a leather or metal bracelet, suggesting the metal-and-leather steering wheel found in a racecar.

After that, PR 516 got introduced to the free-spirited youth for both 1960s and 1970s. At this time, there was a threat caused by the quartz movement technology in the traditional watchmaking within Swiss, which led the company to delve into creating adventurous styles and designs.

Due to Quartz watches being affordable, Tissot came up with producing cheaper mechanical movement. The Idea 2001 sprang from this. This watch has a clear case, and its hands and bezel appear to be floating over the precise plastic movement and built from fiberglass and some other parts.

Another watch of fiberglass made was the Sideral. Included in the description for this watch is super-resistant. This was the case due to its toughness against shock and extreme temperatures. During this time, Tissot became partners with Formula One racing teams. Thus, creating timepieces with high accuracy and are perfect for racing.

In 1983, The Swatch Group came to be. With the market’s pressure growing and the foreign competition increasing as well, the Swiss watchmaking had to cooperate.

In 1999, Tissot introduced the first-ever touchscreen operated watch. This watch has a similarity with the smartphones; it activates the accompanying function by touching the various zones. 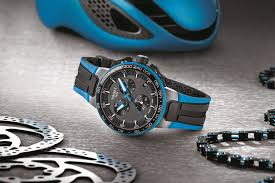 Tissot went on to produce the touch screen watches, each model having a variety of capabilities such as altitude, temperature, speed, timer, etc. There are also those intended for sports; hence, sports enthusiasts tend to look for a Tissot watch that would perfectly suit their needs and taste. In line with this, Tissot became the official timing partner for many sport leagues and many teams, including the NBA, MotoGP, IIHF, and others.

Tissot’s T-Race collection continues to portray the existing alliance with motorsport. The MotoGP watch’s appearance is perfect for racing enthusiasts. Its bracelet resembles that of a tire, while the rotor resembles a wheel. 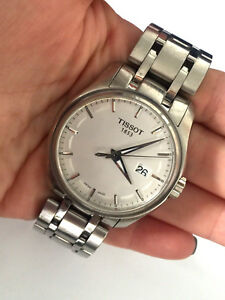 Tissot continues to release excellent watches even today. Moving forward to the 20th century, the company brings back the classics. The PRS 516 came back with sapphire crystals that displayed the movement of your choosing in clear sight. Resembling the original model, the bracelet for this watch has holes that depict a steering wheel of a 90’s car. TISSOT 1853 is on the dial to honor the history of the watch.

Aside from the sports watches, classic watches are also available, like the Heritage Visodate Automatic. It retained the original appearance and made with an addition to the markers 12, 9, and 6. Instead of numbers, they are batons.

Tissot continues to thrive in this modern age, producing luxury watches varying from classic, mechanical, and technologically-advanced sports timepieces. Together with adapting to the fast-paced technology and changing environment, Tissot maintains the very same values the brand’s heritage has. It is visible in the watches that they produce.

Whether you are a sports enthusiast or a businessman, or a woman, a Tissot watch is a fantastic addition to your accessories. Additionally, you will enjoy its simple and elegant look for every occasion that you wear it. 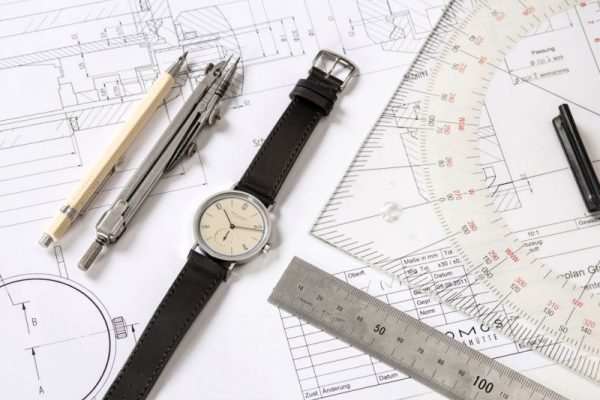 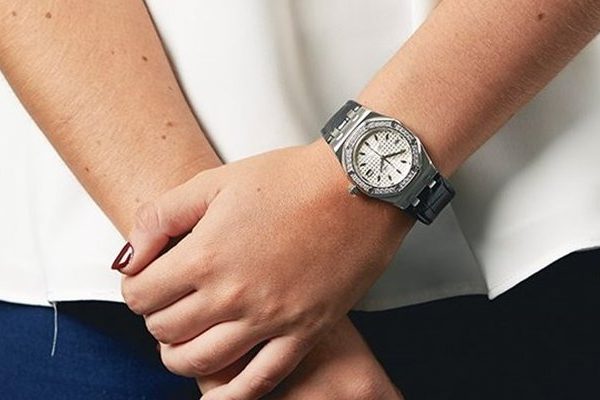 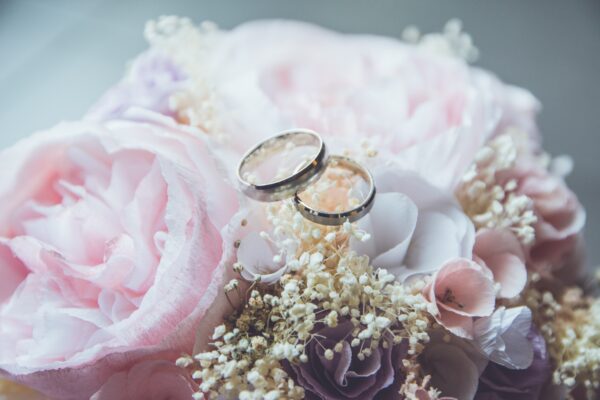